An Ode to Hempfest

Of the many things we’re sad to not see happen this summer because of COVID-19, Hempfest is high up on the list. The annual event at Myrtle Edwards Park is the world’s largest gathering to advocate for the decriminalization for marijuana. It’s also a blast. 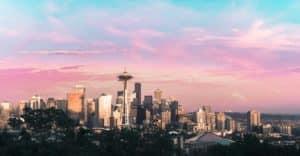 Seattle Hempfest is huge. It’s not just a gathering of the pot smokers. It’s a three-day rally for political change, a live music festival, an arts and crafts fair, and so much more. If you’re enthusiastic about the world of cannabis and have never attended Hempfest, we encourage you to check it out in future years when gatherings are permitted again.

There will still be a Seattle Hempfest 2020…but it will happen online. The event has gone virtual in response to COVID-19. It will take place October 10th and 11th from 8 am to 8 pm.

As the Hempfest 2020 online event approaches, we are taking the time to celebrate everything Hempfest and its powerful impact over the years.

See Related: Snow time in Spokane: A list of our favorite Cannabis strains and Ski destinations

Hempfest began in 1991 as a small stoner gathering and has grown into a sophisticated and impactful event for marijuana advocacy and policy change. It was originally called the “Washington Hemp Expo” and took place at Volunteer Park for its first three years. The first year of the hemp expo was attended by around 500 people.

In its second year, the Washington Hemp Expo was renamed “Hempfest” and saw 2,000 attendees. Jack Herer (yes, the inspiration for the strain), a cannabis rights advocate, was the keynote speaker for the event. As Seattle’s grunge scene was taking off, the event had plenty of entertainment, including live music.

Hempfest continued to grow over the years, with more attendees, more activities, and many more performances from Seattle bands. As Hempfest grew, so did public awareness of the misinformation spread from the war on drugs. After just three years at Volunteer park, it had to move to a larger location, GasWorks, because Volunteer Park was beyond capacity. Hempfest’s fourth year saw 15,000 attendees, which meant they had to start charging vending fees and take care of the city formalities for an event of that size.

The event continued to grow exponentially, with many groups working to establish Hempfest as a political rally rather than a stoner party event. Hempfest moved to Myrtle Edwards Park on the Seattle waterfront, where it saw international acclaim.

A number of speakers and advocates for marijuana reform attended Hempfest over the years to spread the message. By 1998, Initiative 692 had passed, making Washington one of the first states to legalize medical marijuana. By 2005, Seattle passed I-75 for sensible marijuana policy. This initiative pushed to make personal-use marijuana offenses the lowest law enforcement priority.

Over the years, the event has seen a record-breaking attendance of 310,000 people in 2008, and an average of over 100,000 attendees each year. Since recreational marijuana has been legalized in the state, Hempfest has continued. There are still many goals to be achieved.

Hempfest has seen a number of notable appearances over the years, from Woody Harrelson to Rick Steves and even the former police chief. Additionally, the event has seen great entertainment lineups every year to keep the good vibes going.

What are Hempfest’s goals now that weed is legal?

Sure, weed has been legalized in Washington state. But that does not mean Hempfest has reached its final goal and can now become a party with no mission. Here is a complete list of their goals:

Now, that is a long list of goals. And based on what we’ve seen over the years, they won’t stop until they meet them.

In fact, the organizers of Hempfest won’t even let a pandemic stop their advocacy. Rather than cancel the event, they’ve chosen to host an online Hempfest for its 29th year.

The original event was to take place August 14-16th at Myrtle Edwards Park. The organizers have moved the event to October 10th and 11th and made it a livestream instead.

Organizers still aim to deliver plenty of information and advocacy to the public, potentially reaching a global audience since it is an online event. They plan to emulate their stages in a livestream format to keep it similar to previous years. This way, you can feel like you really are there!

Be sure to check the event website for the latest updates on the 2020 virtual Hempfest event.

Don’t forget to stock up

Perhaps the biggest bummer of COVID-19 squashing our summer plans is that we don’t get to pass a joint around at Hempfest, or share a new piece we just purchased from a vendor with our friends. For many, being high is an integral part of attending Hempfest.

If you want the full experience as you attend the Hempfest livestream, be sure to stop by Satori to stock up on all the goods. We’ve got everything to keep the spirit of Hempfest alive, from infused pre-rolls and beverages to edibles, tinctures, vape cartridges, and more.

Whether you join the livestream this year or attend a future Seattle Hempfest event, remember the roots of this protestival. The event has pushed forward many ideas, made meaningful change, and proved that the future of weed is in the hands of the people.

Before you get too comfortable on that couch, make sure to grab something to smoke from your local Satori dispensary! We carry an assortment of pre-rolled joints, edibles, infused drinks, concentrates and more! We’ve selected some of our favorites below to help you choose! You can place your pre-order online or just browse our online menu! (make sure to double check your location before placing your order!)

Bonus: How to Make A Zero Calorie Sparkling Cannabis Drink

Pineapple Express pre-rolled joints by by 4EverTree, with flavors of sweet tropical fruit and pungent earthiness, this hybrid will leave you feeling uplifted and relaxed. Pineapple Express is a perfect choice for times when you just need to get stuff done. With its heavy sativa leanings, this tasty strain provides a boost in all the right directions. Also available in wedding cake, and dutch treat. These pre-roll multipacks from 4Eevertrees come in a pack of

Featuring Secret Recipe Sugar Cone Infused Preroll by Oleum Extracts. Secret Recipe is exactly as the name implies, a secret recipe of genetics closely guarded by breeder Connoisseur Genetics. However, after realizing the importance for medical patients to better understand their medicine they released the genetic details in a popular grower’s forum. The father is attributed to a Chemdawg backcross, while the mother is a mix of Abusive OG and Diesel genetics. The result is an exotic mix of sweet, sour, and fruity flavors.

Featuring Platinum Bubba Moonmatter PHO by Astro Cannabis. This pure indica strain comes from the Hindu Kush mountain region, but that is all that is known about its lineage. Bubba offers deep, heavy body effects that leave you blissed out and relaxed. You’ll be uplifted mentally while your body stays deeply calm and loose, allowing your body to ramble on and your spirits to soar up into the clouds.

Keep Reading: YouTube Channels Every Stoner Should Check Out