Like many of you, we are saddened that we can’t join the Pride parades this year. We always look forward to pulling out our Satori Pride flag and joining the parade to celebrate and honor our LGBTQIA+ community. 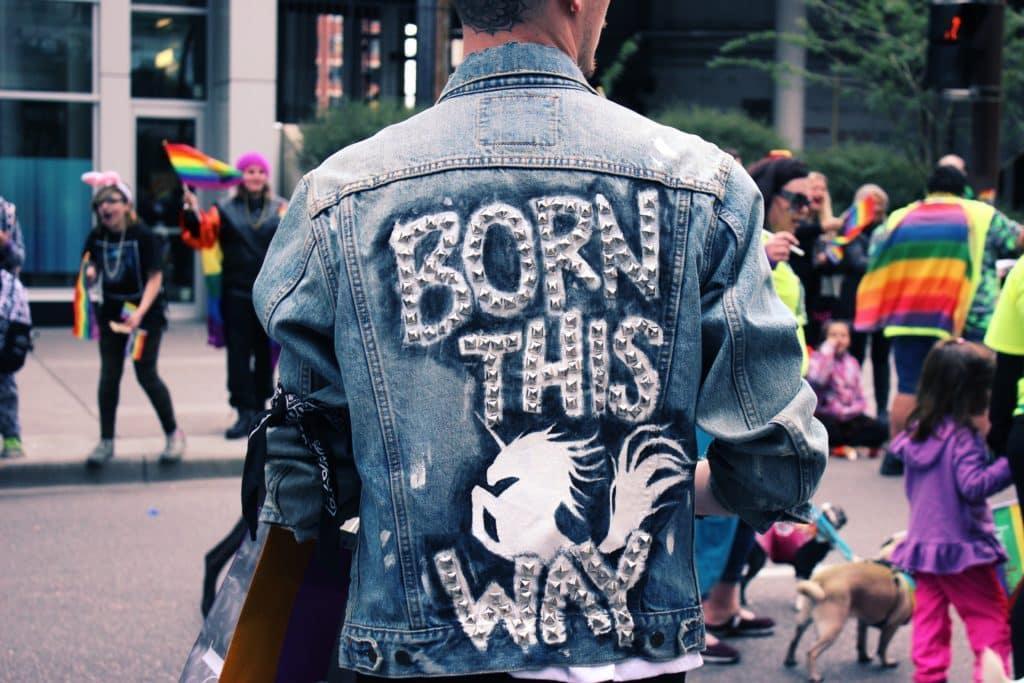 While it’s disappointing we don’t get to physically join, we encourage you to find new ways to be a part of the celebration with us. This includes educating yourself about the history of the LGBTQIA+ community, celebrating diversity, and continuing to advocate for the community as a whole. It also includes some fun virtual events.

Celebrate Pride virtually with these events

Sure, the parades may be off but that doesn’t mean it’s not still Pride Month. Of course we will still be celebrating. Luckily, there are plenty of virtual events that will make it easy to join the festivities.

Seattle Pride Month has gone virtual this year. Between June 26th and 28th, there will be a number of performances, speakers, and activities in solidarity. Organizers have worked together to provide a virtual Together for Pride, thanks to the Gender Justice League, PrideFest, and Seattle Pride.

This Pride event will put emphasis on acknowledging and standing in solidarity “with other regional LGBTQIA+ organizations to condemn the senseless murder of George Floyd, standing together against racism in all forms. The LGBTQIA+ community knows firsthand the feeling of marginalization, and the importance of compassion and standing together – especially in this time of need. As with other impactful movements, the LGBTQIA+ movement also began with a protest. Much of the Virtual Pride programming will be centered on matters of activism and centering black, brown and indigenous community voices.”

Friday, June 26th is Trans Pride, presented virtually by the Gender Justice League. They state they are “Serving the transgender, gender non-binary, and gender non-conforming community and beyond!”

Saturday, June 27th is PrideFest, and Sunday, June 28th is Seattle Pride. Pridefest’s mission is to honor the past, celebrate the present, and fight for our collective LGBTQ+ future.” The Seattle Pride event aims to bring everyone “a day of fun, artists, and activism.”

Just because we can’t have a parade doesn’t mean we can’t celebrate and honor the LGBTQIA+ community. Join the virtual Together for Pride event this weekend to show some love!

Run and Walk with Pride takes place each year. It’s hosted by an LGBTQ running and walking club called Seattle Frontrunners. Their mission from inception has been to provide an event that gay athletes could compete in. Along with that, the event serves as a fundraiser for local LGBTQ non-profits.

Of course, the run will look different this year. But that’s not going to stop them from celebrating their 38th year of Run/Walk with Pride. This year, participants can join from anywhere in the world because the event has gone virtual.

Between June 26th and 29th, you can run a 5k or 10k anywhere. Then you’ll be an official finisher of the Run/Walk with Pride!

You can sign up here. The proceeds from this virtual event will go to Peer Seattle. This group “cultivates powerful, healthy lives by providing peer emotional support and development services to the LGBTQ community.”

And if you really don’t want to walk or run, but you still want to contribute, you can donate to the cause.

Know any youths in the LGBTQ community?

Show your support for the young ones in your life by introducing them to the Youth Pink Prom & Pride 2020. It’s a virtual Pride event mixed with prom. Plus, it’s hosted on a Minecraft server!

The Pride and Prom event is the first of its kind. There will be a Minecraft Java Edition as well as Discord. If you want to play games and build competition, go for the Minecraft edition. If you’re more interested in talking with others while you play, join the Discord.

There is no registration fee, though you will need a Microsoft Java Edition video game license if you want to participate fully.

Anyone between the age of 13 and 22 may join, from anywhere around the world. You will need to complete a registration form and verification to keep all users safe. Be sure to register before the deadline on June 25th.

If you or a loved one are both a member of the LGBTQIA community and religious, you may appreciate this event hosted by the First United Methodist Church/Reconciling Ministries Network. It’s free!

The event page says: “Amid a pandemic and anti-racist uprisings, this worship experience amplifies the voices of the global queer-trans Christian community beautifully. It allows the privileged, the cis-gendered, the closeted, and the religion-reluctant a chance to experience God’s grace and love for all people in a new way.”

To learn more, check out this information page.

Another reason to have Pride

We love and support the LGBTQIA community here at Satori. It is so important to recognize the history, progress, and future of the community. We remember the Stonewall Riots and acknowledge the progress that is still left to be made.

As a cannabis company, we have even more to owe to the LGBTQIA+ community. Did you know that the medical marijuana movement was heavily influenced by a gay man named Dennis Peron?

That’s right. This Vietnam veteran realized how useful weed was in managing his HIV-positive partner’s symptoms. And the gay community in San Francisco had discovered the value cannabis provided in treating HIV/AIDS-related symptoms.

This led to the opening of the country’s first dispensary, the San Francisco Buyers Club. And what a historical move that was. Not long after, the state of California legalized medical marijuana in 1996.

He wrote a book, titled, Memoirs of Dennis Peron: How a Gay Hippy Outlaw Legalized Marijuana in Response to the AIDS Crisis. He stated in his book, “We had to get these people out of the black market, and waiting till next year to gamble on legislation was just not going to be fast enough.”

Along with his co founders, Peron was in it to help the community. He also said in his book that, “We knew we were going to jail for this, so we figured we better do it right.”

Satori’s roots are in the medical marijuana movement. We couldn’t have done it without the hard work and sacrifices of the LGBTQIA community.

Thank you and happy Pride, everyone!