What is CBG or CBN? A Look at Cannabinoids Beyond THC and CBD

If you’ve been paying attention to the world of weed, you’ve probably heard a lot about CBD in recent years. This therapeutic compound comes from cannabis and hemp, but it is not intoxicating. Instead, it is often used to combat anxiety, stress, pain, and other conditions. You may have also heard other letter combinations, like CBN or CBG and wondered, what is CBG? What is CBN? Are there really that many components to cannabis? The answer is yes, and we’ll break them down for you. 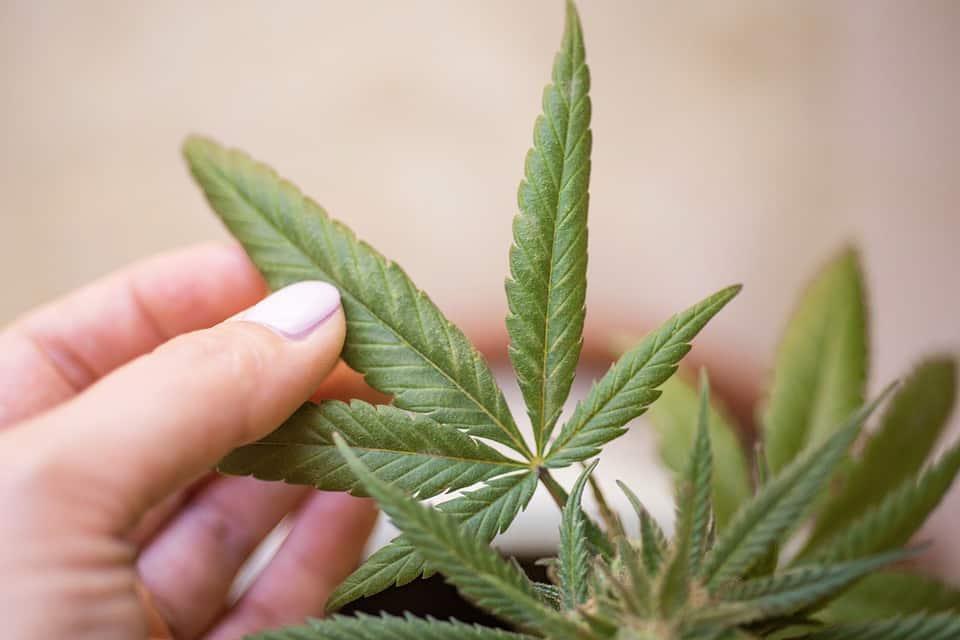 First of all, CBD has made it to the mainstream, and for good reason. We are still lacking solid scientific research, although we have plenty of promising studies that show CBD’s therapeutic potential. Despite only being FDA-approved to treat two rare forms of seizures, we have plenty of anecdotal evidence where CBD has helped to manage a number of conditions.

Similarly, we’re starting to see that it’s not just CBD (and THC) that have therapeutic potential. If you’ve spent any time looking at tinctures, oils, or even the back label of your favorite flower, you may notice some other letters and wonder what is CBG or what is CBN and why is it listed on my weed?

CBD, THC, CBN, CBG, and other letter combinations are all cannabinoids. And they all serve similar but unique purposes.

Cannabinoids are chemical compounds created by the cannabis plant. There are a lot of them in existence. The exact number is debated, as some sources will claim there are 60+ and others will say there are more than 100. What we do know is there are a lot and many are present at low and difficult to detect levels. THC and CBD are the most abundant in the plant, as well as the best understood.

Now, before we get too deep into the world of cannabinoids, we want to clarify something. Technically, cannabis doesn’t produce CBD or CBN or even THC directly. What it produces is an acid precursor that needs to convert into the “active” version. This can be done as the compounds age over time, or by heating them to the right temperature.

For example, THC is only intoxicating when cannabis is decarboxylated, by converting THCA into THC. This means the cannabis has been heated enough to activate the compounds, including THC and CBD.

Before THC is heated, it’s non-intoxicating and referred to as THCA. Similarly, before CBD is activated, it’s called CBDA. In order to get the effects of either cannabinoids, they need activation. When you purchase a CBD or THC product from our Bellingham dispensary or Spokane weed shop, the products are activated and ready to use.

So, cannabis actually produces THCA, CBDA, CBNA, CBGA, and other cannabinoids directly. In order to make them useful to us, we activate them.

Now that we’ve cleared that up, let’s take a deeper look at what these active cannabinoids do.

One of the runner-ups for cannabinoid popularity is CBN, which stands for cannabinol. It’s non-intoxicating. You’ll most commonly see it listed on products that are meant to improve sleep quality.

For example, some sleep tinctures will include CBN alongside THC or CBD for a more powerful sleep formula.

Very preliminary research has shown that CBN has sedative properties. Now, the research was conducted on mice and concluded that CBN could prolong sleep times. How well this translates for humans will need to be backed up by more research, but we do have plenty of anecdotal stories where users have seen improvement.

Additionally, CBN has been suggested to help with pain relief. Preliminary research has found it may play a role in influencing pain signals and perception.

Beyond sleep and pain, CBN is also suggested to work as an antibiotic, anti-inflammatory, appetite stimulant, and more. Remember, all of these claims need to be backed by definitive research before we can state them as fact. However, our current knowledge about CBN is promising.

Another runner up for most popular cannabinoid is CBG, or cannabigerol. It’s also a non-intoxicating compound. Much like CBN, we just don’t have that much information about CBG, yet. We can expect to know more when we have more research available.

What we do know is that there is potential for CBG to help combat inflammatory bowel disease. This suggestion comes from a 2013 study involving mice and CBG that found CBG to be effective at reducing inflammation associated with the condition.

Other suggested uses for CBG include cancer, bladder dysfunction, bacterial infections, and Huntington’s disease. Again, before we can consider CBG a treatment for these conditions, we’ll need more definitive research.

Another cannabinoid gaining recognition is CBC, or cannabichromene. Like the others, this cannabinoid is non-intoxicating.

Research also suggests CBC may help with acne, brain function, and pain and inflammation. But like all of the other cannabinoids we’ve discussed, we’ll need more research to confirm this.

How does CBD compare to CBN, CBG, and other cannabinoids?

Now that we’ve answered what is CBN, what is CBG, and what is CBC, you may be wondering how these compounds compare to CBD.

First of all, when deciding what cannabinoid you should use, keep in mind CBD is much more widely available than others. But there are many combination products, which may be useful.

You may be familiar with the entourage effect. This is a phenomenon coined by scientists to describe the synergistic relationship of various cannabinoids and terpenes. Essentially, when all of the plant parts work together, they create a boosted therapeutic effect.

When you consume cannabis, you’re taking in an abundance of cannabinoids assuming the product is not an isolate. Of course, there are plenty of products that isolate certain compounds, such as CBD isolate. But many choose to use CBD products with other cannabinoids to boost the effects while still getting the targeted effects of each cannabinoid.

One of the key differences between CBD and other cannabinoids is simply the research. We have a lot of promising evidence for all of the compounds, but nothing definitive quite yet. Before we can do a side by side comparison of CBD versus other cannabinoids, we need to know more about all of them. We currently know the most about CBD, though.

Be sure to stop by one of our Washington dispensary locations to pick up your favorite CBD products. We’d be happy to go over labels with you and see what products are best for your needs!