Black History, the War on Drugs, and the Future of Racial Equity in Cannabis

Black history is not limited to the month of February. It’s important to recognize and acknowledge important people and events in history that shaped our country throughout the year. Right now, it’s especially important to take a look at the history and role black people have played in shaping our current cannabis industry. More importantly, we must recognize that there is a lot of work to be done within the i502 community. 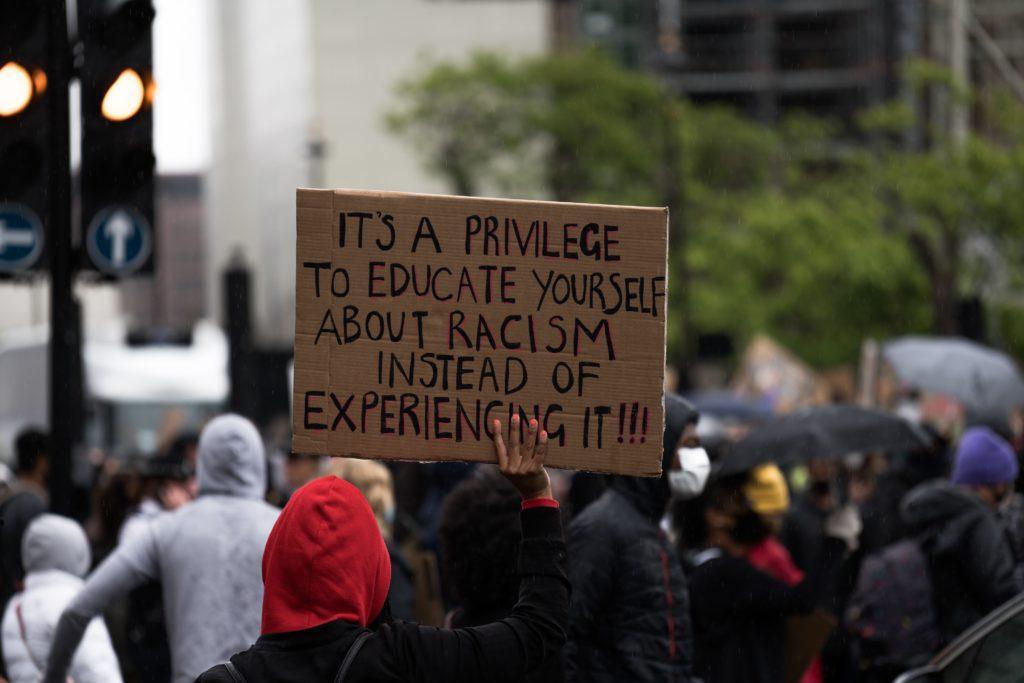 First, let’s give a brief history of the role of black people in cannabis.

Cannabis itself has a long and interesting history. The English came to learn about the plant from their colonization of India, and Europeans brought the plant to America. It was used for mind-altering effects via smoking. As time went on, marijuana use was looked down upon as it spread to other areas and reached different users.

Hemp was an important crop, though. It was used by the British for fibers and other uses. It also made its way to the United States for many industrial purposes.

You see, slave owners used cannabis to “control” or “pacify” their slaves. According to Herb, “Slave owners encouraged slaves to plant marijuana in the sugar cane fields so that during their downtime, they would tend to their personal crop. The belief was this would contribute to the productivity of the workers by reducing their periods of inactivity, then believed to promote “laziness.”

While slave owners were producing hemp by the hard work of their slaves, they were also using it to keep them under their control.

Harry Anslinger and his campaign built on racism

Have you heard the name Harry Anslinger before? Well, get used to his name, because he’s a huge part of our cannabis history. He was also a big contributor to a racist narrative surrounding cannabis and drug use. In fact, the origins of the War on Drugs can be traced back to this man.

You see, Anslinger served as the very first commissioner of the Federal Bureau of Narcotics (FBN) in 1930. The prohibition of alcohol was coming to an end around this time and there needed to be a new focus. Anslinger was recorded early on referring to cannabis as a no-big-deal substance, but this changed when he became the man in charge of the FBN.

Heroin and cocaine were already outlawed. Alcohol prohibition was crumbling. What’s a new commissioner of the FBN to do to keep his job? Find a new drug to target. And that drug was cannabis.

He chose to demonize cannabis to keep the bureau afloat. And he did so in a racist way.

Anslinger hated jazz music. The black artists, the marijuana use, basically everything about it was bad in his eyes.  In one memo, he spoke of the genre saying “unbelievably ancient indecent rites of the East Indies are resurrected” in this black man’s music. The lives of the jazzmen, he said, “reek of filth.”

The bureau developed a belief that jazz music was “freakish” because marijuana slowed down artists’ perception of time. Anslinger took it as proof that using cannabis would drive people insane. He also referred to it as “satanic music.”

The bureau targeted black artists, including Billie Holiday directly after she performed a song about lynching to a mixed audience. Holiday struggled with heroin addiction and had lost her performance license for New York cabarets. She was bothered by law enforcement, prompted by Anslinger, until she died.

There’s no question Anslinger’s policies were based on racism. He “claimed that black people and Latinos were the primary users of marijuana, and it made them forget their place in the fabric of American society.” He also claimed that cannabis use encouraged interracial relationships, which he disapproved of.

Let’s not forget the propaganda film, Reefer Madness, which came out in 1936, right as the FBN was preying on American’s fears.

Cannabis historian, Dr. Barney Warf, said “What Reefer Madness did, and what many of these posters did, was hyper-sensationalize cannabis and, in particular, tie it to sexual deviance. Nothing gets good WASP morals aflame more than the idea that evil men were using cannabis to seduce women. In particular, black men doing it to white women.”

A year after Reefer Madness was released, Anslinger helped push for more cannabis laws. The Marijuana Tax Act of 1937 passed, effectively making it illegal to possess or sell cannabis. The medical use of marijuana was still in place, though it became a lot harder to access due to new regulations.

Nixon and the War on Drugs

The tax act was overturned in 1969. Unfortunately, that’s not where the story ends.

In 1970, the Controlled Substances Act was passed by President Nixon. Cannabis became classified as a Schedule 1 controlled substance. This classification deemed cannabis to have a high risk of addiction and no medical uses.

In 1971, Nixon declared a “War on Drugs.” There was increased funding for drug-control and proposed strict measures including mandatory prison time for drug crimes. The Drug Enforcement Agency (DEA) was created in 1973.

In 1994, Nixon’s domestic policy chief, John Ehrlichman, gave an interview that proposed there may be ulterior motives with the War on Drugs.

The interview was conducted by journalist Dan Baum and published in Harper Magazine. Ehrlichman stated in the interview that, “The Nixon campaign in 1968, and the Nixon White House after that, had two enemies: the antiwar left and black people. You understand what I’m saying? We knew we couldn’t make it illegal to be either against the war or black, but by getting the public to associate the hippies with marijuana and blacks with heroin, and then criminalizing both heavily, we could disrupt those communities.

There is a lot of cannabis history to cover, and we can’t summarize it all here in one article. One thing is clear though: The War on Drugs and demonization of cannabis is rooted in racism.

As such, certain communities have been more impacted by the War on Drugs than others.

In a 2015 national survey, about 17 million white people and 4 million African Americans reported using an illicit drug within the last month. According to the NAACP, African Americans and whites have similar rates of drug use. Yet, imprisonment for African American drug charges is nearly six times the rate of whites.

African Americans make up 12.5% of illicit drug users. Yet, they make up 29% of arrests for drug offenses. Even worse, they make up 33% of those incarcerated in state facilities. There are racial disparities in how drug offenses are handled in the United States.

The War on Drugs has disproportionately impacted black communities and other minorities. We know this. That’s why so many states with legal marijuana have rolled out social equity programs.

What are social equity programs in cannabis?

Social equity programs are designed to promote a more inclusive industry and to allow communities who have been disproportionately impacted by the War on Drugs to profit off of the legal industry.

Some states have had programs in place since legalization. For example, in Massachusetts, the social equity program includes free technical assistance and training, expedited application reviews, waived application fees, exclusive access to certain licenses, and more to qualified applicants.

Our state missed an important opportunity to make reparations when the legal industry began by not passing a similar social equity program. However, that doesn’t mean we can’t try to make access to the i502 industry easier for communities that have been impacted hard by the War on Drugs.

Washington just passed a social equity program this year. And the provisions are promising.

Since recreational cannabis was legalized in Washington in 2012, fewer than 1% of the state’s cannabis licenses went to African-American owned businesses. The new bill aims to change that.

It will require the state’s board of Liquor and Cannabis to give social equity applicants exclusive access to certain revoked cannabis licenses, specifically for retail.

According to the bill, “creating a social equity program will further an equitable cannabis industry by promoting business ownership among individuals who have resided in areas of high poverty and high enforcement of cannabis-related laws. The social equity program should offer, among other things, financial and technical assistance and license application benefits to individuals most directly and 5 adversely impacted by the enforcement of cannabis-related laws who are interested in starting cannabis business enterprises.”

The cannabis industry has come a long way and in many cases, failed to recognize and acknowledge a long history of inequity and harm.

As much as we love the Washington state cannabis industry, we recognize there is a lot of work to be done. The social equity program is a start.