A Look at Cannabis and Brain Health

June has been a busy month. We’ve kicked off the summer, celebrated Pride and Juneteenth, and so much more. As July approaches, we want to take a moment to talk about brain health and cannabis, since June was also Alzheimer’s and Brain Awareness Month. Brain Awareness month provided an opportunity to hold conversations about the human brain and the public health issues that Alzheimers and other dementias present. Not only is everyone with a brain at risk to develop Alzheimer’s, but it is also the leading cause of death that is unpreventable, incurable, and cannot be slowed down. 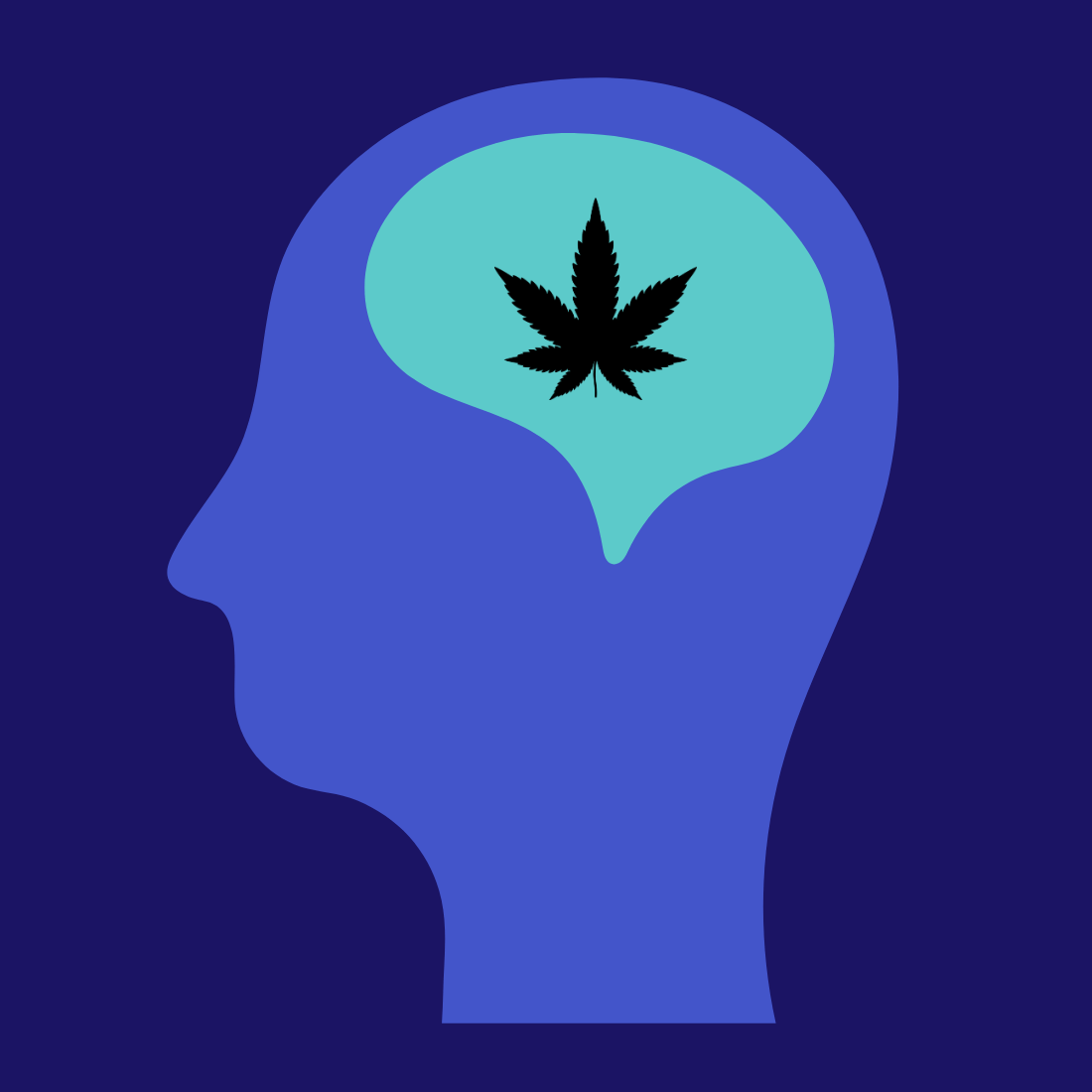 With this in mind, we should all be talking about brain health more. After all, we rely on our brains to accomplish everything we do. Keeping our brains safe and healthy is important for everyone.

A look at Alzheimers and Dementia

Alzheimer’s is the most common cause of dementia, which is a general term for memory loss and other serious cognitive problems that interfere with daily life. About 60-80% of dementia cases are people with Alzheimer’s.

While some cognitive decline occurs during the aging process, you should know that Alzheimer’s is not a normal part of aging. However, increasing age is the greatest known risk factor.

Alzheimer’s is a degenerative disease that progresses over time. While there is no cure for the condition, there are options to help manage the symptoms. These include medications for behavioral change and memory loss, sleep changes, depression, and other symptoms. Alternative remedies such as eating fish or coconut oil may also be used to help boost brain function and overall health.

Unfortunately, damage to the brain begins long before symptoms appear, making it impossible to pre-emptively manage. Abnormal protein deposits from plaques and tangles form, causing connection loss between cells, which leads to cell death. Advanced cases of this disease can cause severe brain shrinkage.

There are many conflicting messages about cannabis and brain health. We always recommend cannabis users research  the impact of cannabis on their health. Talking to your physician is a good idea, especially if you are worried about the long term effects of cannabis on the brain.

Research has shown that cannabis can cause long-term or permanent effects on the brain when used during development. Research about the effects of cannabis on the brain informs public policy, such as the legal age for cannabis use in states with recreational marijuana. Preventing access to cannabis for people who are still developing is always a big conversation when states legalize cannabis.

There have been conflicting conclusions for various studies that look at the brain structure of marijuana users. Some have suggested that regular marijuana use in adolescence may alter the connectivity and volume of certain regions that control memory, learning, and impulse control. However, other studies have not found any structural differences in those who do or do not use cannabis.

One study looked at users who consume marijuana on an average of three times per day. Results showed that chronic marijuana users have smaller brain volume in their orbitofrontal cortex (OFC). This area of the brain is commonly associated with addiction. They also found that the OFCs of regular users typically exhibit more functional and structural connectivity than non-users, which researchers believe may be the brain’s way of compensating for the reduced volume. However, it appears that with longer-term use, the brain stops compensating for this reduction and the increase in structural and functional connectivity ceases.

Without diving too deep into more of the studies and mixed conclusions on cannabis and brain health, we’ll stick to our usual belief: it’s up to the individual to determine what works for them and what doesn’t. We don’t have much conclusive evidence on cannabis and brain functions, especially in the long term, but that doesn’t mean we can’t use the evidence we do have to make informed decisions for our health.

It appears that the age one starts using cannabis, and the frequency at which it is used, are both very big factors in how cannabis affects the brain.

What about cannabis and Alzheimer’s?

We do not currently have any research studies that prove cannabis or CBD can help to slow, prevent, or reverse any types of dementia. However, we do know that some studies have suggested cannabis may help manage certain behavioral symptoms associated with dementia, such as aggression and agitation.

Some people are surprised to hear that, rather than increase your risk of dementia and cognitive issues, cannabis has been suggested to help. While we do not have any definitive research to back this up, we do have some promising information that we hope will be explored further.

One of the key contributors to Alzheimer’s disease is a build up of protein clumps (amyloids) in the brain. According to the Alzheimer’s Society, some studies have found that THC and other cannabis compounds may help to remove this protein from nerve cells grown in a lab.

Another study gave THC and CBD oil to mice with Alzheimer’s symptoms. The results showed an improvement in learning, along with a reduction in evidence of amyloid protein clumps in the body.

CBD oil has also been suggested to reduce brain inflammation, though we do not have definitive human studies to back this up. If true, this may be another important way cannabis compounds can help the fight against Alzheimer’s.

As we wrap up Alzheimer’s and Brain Awareness month, we hope to see more research put into the interaction between cannabis and the human brain. Further, we hope this blog will help you to make informed decisions for your health!

Be sure to take care of your brain, not only for Brain Awareness month, but throughout your life. Play memory games, exercise, try new things, get enough sleep, and eat healthy. There are also plenty of natural supplements and foods you can incorporate to keep your brain happy and healthy.

Stop by Piece of Mind Cannabis today to stock up on your cannabis needs! We’ve got the best products at great prices at our Bellingham dispensary, Seattle weed store, and Spokane pot shop. Come say high!