Do You Get More High When You Cough?

If you ever cough while smoking weed with friends, your first instinct may be to play it cool and try to stop the action. However, you may hear someone chime in and say you get more high when you cough, giving you mixed signals. This statement has been thrown around for years, but debate still remains on whether it is true or not. So what’s the deal? Do you get more high when you cough? 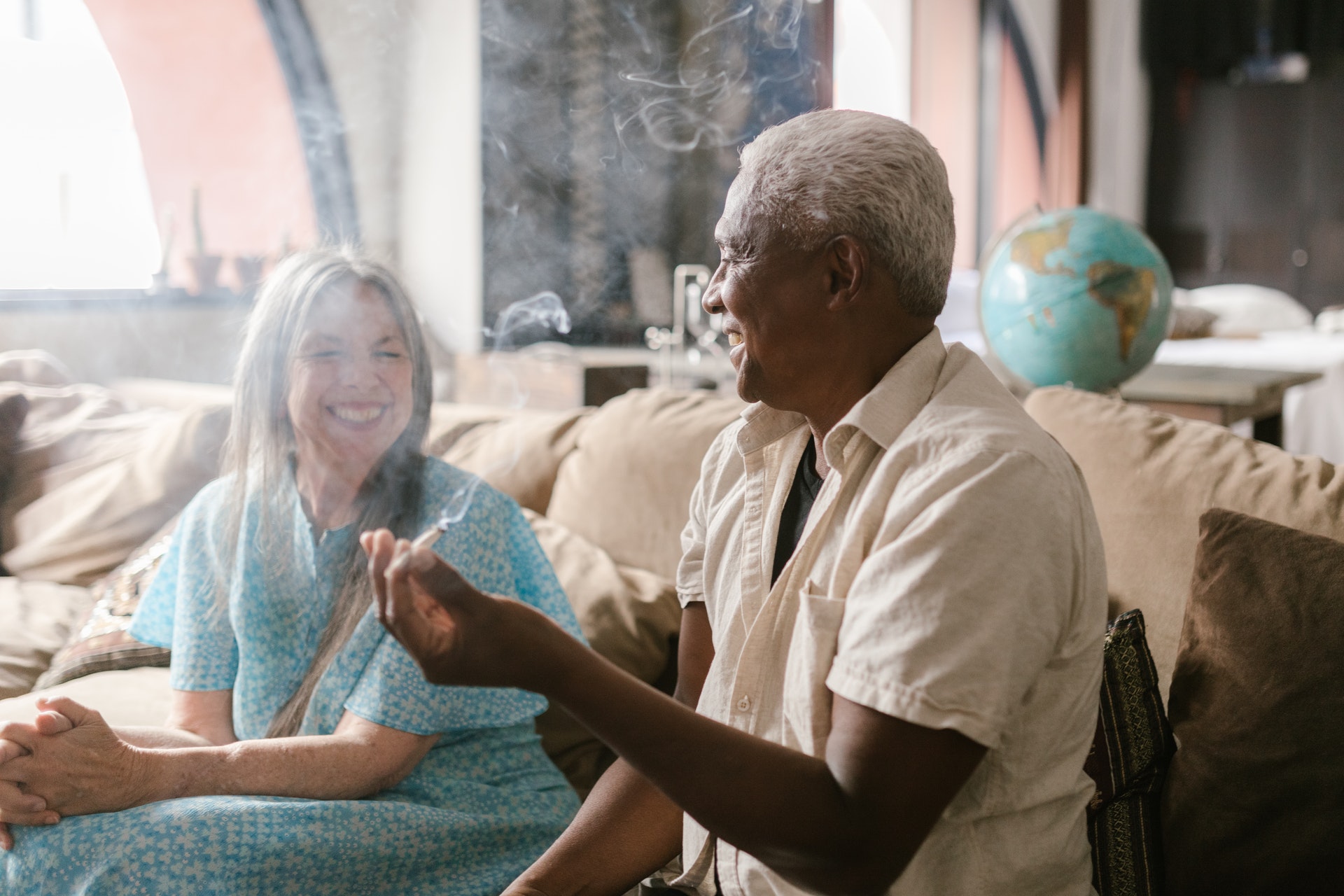 We’ll run you through the most common theories to see what is true and what is just another stoner myth.

Why smoking weed can cause coughing

Coughing while smoking weed is not a surprise to most people. Whether it’s your first time smoking or you’re a seasoned stoner, your lungs are irritated each time you inhale a puff of weed. As such, you may find yourself coughing as a natural response to smoke.

Since the throat and lungs are lined with sensory nerves that detect irritating substances, inhaling smoke causes a cough reflex. It’s a normal reaction to inhaling any sort of smoke, not just from cannabis.

We can all agree that coughing from smoking weed is a common and natural reaction. Whether coughing while smoking weed gets you higher or not is a different story. Let’s explore.

What happens when you inhale

Part of the reason people get high shortly after inhaling is because of an increased heart rate. Your heart rate can increase anywhere from 20 to 50 beats per minute shortly after you smoke. This effect can last up to three hours. The heart rate increase causes a rush that pairs nicely with the euphoric effects THC can produce.

Clearly, you get high from the act of inhaling cannabis smoke. Coughing is not necessary. But do you get more high when you cough instead of just inhaling? The answers are mixed.

Many people assume that the larger the hit, the higher they will get. If you take a hit big enough to make you cough, you should get higher, right? That’s not necessarily true.

It is believed that most of the THC in a hit is absorbed in the first few seconds of inhalation. This means neither holding your hit for extended periods of time or coughing are likely to impact how high you get. After you’ve initially inhaled, the act of coughing is simply you coughing on smoke, not absorbing extra THC.

Still, many people believe that coughing forces the lungs to expand, which provides more area for THC to absorb and get users high. However, this is not what causes highs to intensify. Instead, you may experience heightened effects because of what happens right before you cough.

Since common coughs typically begin with a short, sharp, and deep breath, the sharp inhale taken right before you cough may help expose your lungs to more THC. So while it may not technically be coughing that causes you to get higher, the inhale you take before coughing may help your lungs absorb more THC.

The keyword here is may. This topic has been long debated and this is more theory than fact. It’s not even the most common theory on the topic, though. There’s a much more common explanation out there for why coughing may feel like it gets you higher.

Ever held your breath as you drove through a tunnel or swam underwater? You’ve probably experienced a little dizziness or lightheadedness from the act. Coughing while smoking weed can cause a similar effect. See for yourself by holding your breath for the duration of a hit. If you notice an increase in heart rate or a strange head sensation, you’re experiencing oxygen deprivation.

Coughing also deprives the brain of oxygen. When you cough, your lungs repeatedly compress which stops oxygen from adequately reaching the brain. This can result in dizziness, a drop in blood pressure, and lightheadedness. Sound familiar? These effects can certainly heighten the sensation of being high, but they don’t necessarily mean you are higher.

The verdict: Do you get more high when you cough or not?

As we mentioned earlier, there is a lot of debate around this topic. We think it’s safe to say there is a bit of truth to the idea, but there’s also a lot of room for skepticism.

A lot of people who experience a heightened high when they cough are likely just experiencing the effects of oxygen deprivation. Feeling extra dizzy and lightheaded could easily lead someone to believe they are extra high considering the effects of marijuana can be so similar.

It’s possible that the sharp inhale you take before you cough may help expand the lungs for more THC absorption. The difference is likely to be negligible, though. You are more likely to get higher by taking a second hit rather than coughing off of one hit.

Additionally, the oxygen deprivation you get from coughing or holding your hit for longer may intensify the overall experience of being high. But this doesn’t mean you are higher. It means your brain is in need of oxygen.

Our take? You don’t need to force yourself to cough nor do you need to hold your hit for an extended period of time. Most of the THC is going to be absorbed within the first few seconds, meaning you’ll just spend the rest of the time depriving your brain from oxygen and feeling a little extra dizzy. Taking another hit is more effective.

What do you think? If you think you get more high when you cough, let us know your theories in the comments.

Need some weed to try it for yourself? Stop by Piece of Mind Cannabis today. Whether you’re looking for Bellingham cannabis, a Spokane dispensary, an Alaska dispensary, or weed in any other place, we’ve got your back with a number of great shops across Washington and Alaska.

Stop by to stock up on everything weed. We’ve got fresh flower, disposable vapes, edibles, concentrates, beverages, and so much more. Come in and say high!

Cough Up A Storm With These Top Infused Joints!

Now that you know the effects of coughing when smoking weed, we’ve got some of our favorite dabs and infused joints for you to check out!