Do You Swallow Smoke When Smoking Weed?

There are endless questions to answer when it comes to smoking weed, especially if you’re new to the activity. “Do you swallow smoke when smoking weed?”, for example, may seem like a silly question to pose but it’s not all that uncommon of a query. And we think it deserves an answer. 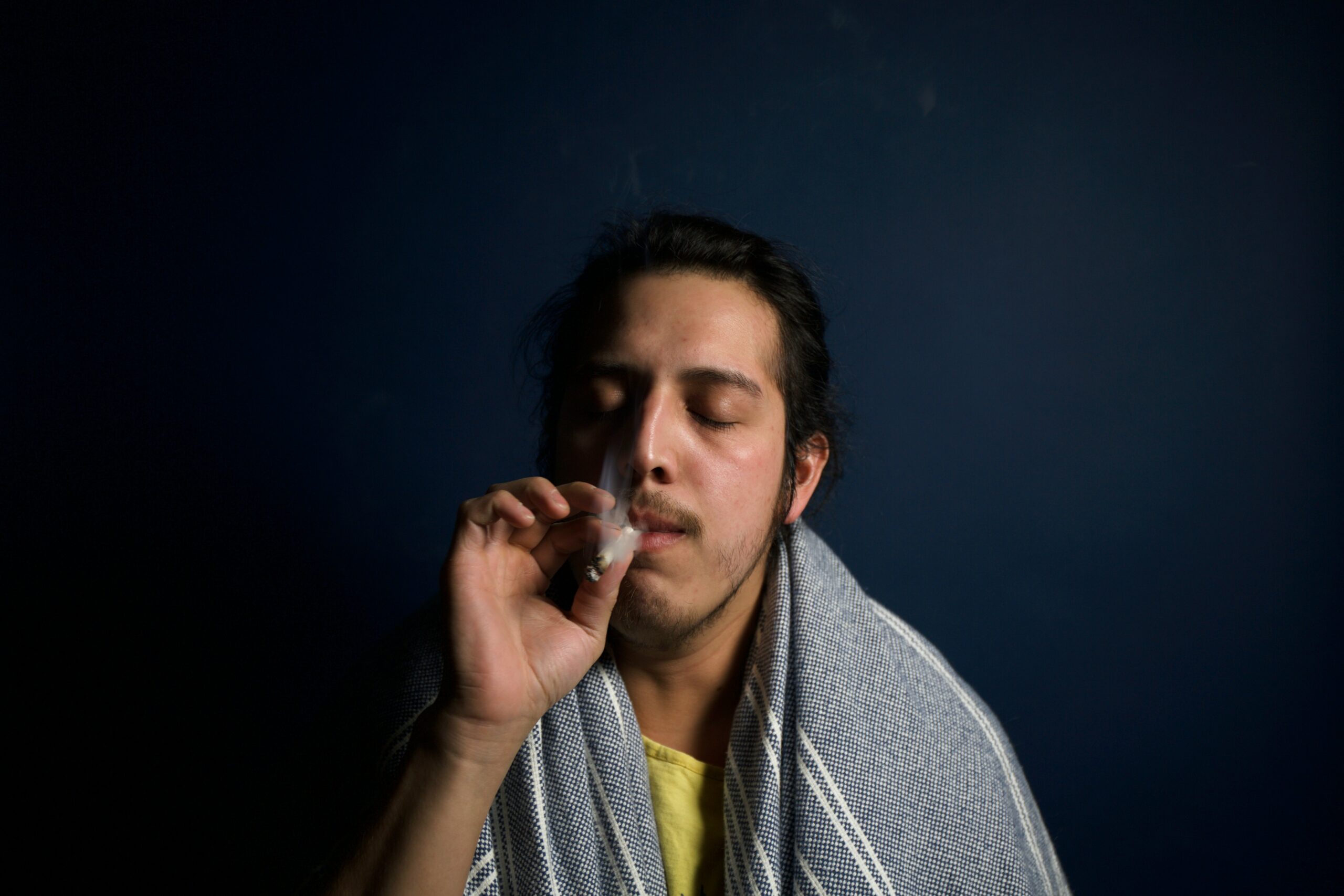 So, do you swallow smoke when smoking weed, or is inhaling different? Whether you’re too shy to ask a buddy how to inhale or you’re just curious about the mechanics behind smoking weed, we’ve got your back.

First, let’s be clear. You can’t eat smoke. It’s not nutritious and it simply is impossible to dine on. Swallowing smoke is still possible, though. Let’s look at the difference between inhaling and swallowing smoke.

Inhaling and swallowing smoke is not the same thing. You should not use the two interchangeably when talking about smoking weed.

Inhaling cannabis smoke is much like breathing. It shouldn’t take much more thought than that, though if you are smoking for the first time, it can be intimidating. And unlike breathing, you may cough on the exhale as you get used to cannabis smoking.

To inhale cannabis smoke, hold the mouthpiece of your smoking device to your mouth. Inhale gently, as if taking a deep breath. Some users choose to hold their breath for a few moments before exhaling, while others will quickly exhale after the inhale. When you exhale, you should see smoke leave your mouth and dissipate into the atmosphere.

Swallowing smoke, on the other hand, does not have the same ending as inhaling. It starts off similarly, where you inhale the cannabis from the mouthpiece of your smoking device. But it has a distinctly different ending.

Rather than exhale and breathe the smoke back out, when you swallow smoke, you, well, swallow it. It’s gone. It’s kind of like you took an invisible pill and sent it down to your stomach without any water.

Generally, swallowing smoke won’t do much, though you may find yourself burping or uncomfortable. Some users have claimed it made them feel sick or even throw up and is generally not worth it.

So, the big difference between inhaling and swallowing smoke is that when you inhale smoke, you blow it back out on the exhale. If you swallow the smoke, your next exhale will just be your own breath.

Is it bad to swallow smoke when smoking weed?

We wouldn’t recommend swallowing smoke instead of just inhaling it. It’s not going to get you any higher than if you were to exhale.

However, if you choose to swallow smoke when smoking weed, it probably won’t hurt you. Probably. You’ll see a lot of anecdotal stories on the internet of people ending up burping, vomiting, or overall feeling sick, but hey, they seem to have survived.

On the other hand, if you’re accidentally swallowing smoke when you inhale, it probably has to do with your technique.

First, you may be taking too large of hits. Start by reducing the amount of smoke that you breathe in at once. See if that helps. You also may be making the mistake of filling your mouth with smoke rather than allowing the smoke to directly make its way to your lungs.

Try to replicate breathing as you smoke, taking a small inhale, holding for a moment with a breath from your lungs, and exhaling slowly. By focusing on your lungs and breathing, you can prevent accidentally swallowing cannabis smoke.

Some users also claim that swallowing smoke irritates their stomachs. It’s just another reason to avoid the act altogether.

How do you properly inhale weed smoke?

Now that we’ve clarified that swallowing smoke is not the best way to go about getting high, let’s take a look at what inhaling smoke really means.

One common mistake among new smokers is not inhaling enough. If you are new to smoking weed, you may be inclined to take a small puff and quickly release it. This is likely not enough action to bring smoke into your lungs and will instead just make its way through your throat.

When this occurs, you won’t get high. It’s why so many first-time smokers get disappointed from their first experience. They just didn’t inhale enough.

Here’s the thing: Smoking can make you cough. This is especially true if you’re not used to putting foreign substances into your lungs. That’s why it’s best to take shallow inhales and start with small amounts of smoke.

Weedmaps suggests slowly inhaling two-thirds of your hit, followed by a deep gulp of air. This should help the cannabis smoke make its way down your lungs and improve absorption. The compounds will absorb quickly, so you don’t need to hold it in your lungs for a given time, just exhale after you’ve fully inhaled. And you certainly don’t need to try to swallow the smoke.

Is smoking weed safe for my lungs?

People have been smoking cannabis for many years. It’s a personal decision whether or not you choose to smoke.

Luckily, we live in a time where Washington state recreational cannabis is legal. This gives us way more options for smoke-free weed products to use if we don’t want to smoke.

While many argue that smoking cannabis is significantly safer than smoking cigarettes, we are not in the right place to make that call. We don’t have enough scientific evidence to back up this claim. But we do know that anything going into the lungs uninvited is not going to be healthier than leaving the lungs free of any outside substances.

You can still be high all day long and never smoke weed with the vast array of products available. From sodas and candies to tinctures and capsules, there are endless ways to get high in the legal market and preserve your lungs.

If you decide to smoke weed, we hope we’ve clarified some of the more confusing parts around the actual act of smoking. It can be confusing for beginners or those who haven’t been exposed to cannabis smoking in a long time.

Need green? Stop by one of dispensaries Piece of Mind Cannabis today!