How to Smoke Weed in a Hookah

Have you ever heard the term “dirty hookah” before? It refers to adding marijuana to shisha and inhaling out of a hookah pipe. You’re most likely to see a dirty hookah in action among young folks, perhaps collegians enjoying the freedom to smoke what they want. But dirty hookahs are common beyond that demographic, and it’s worth taking a look at how to smoke weed in a hookah for anyone curious. 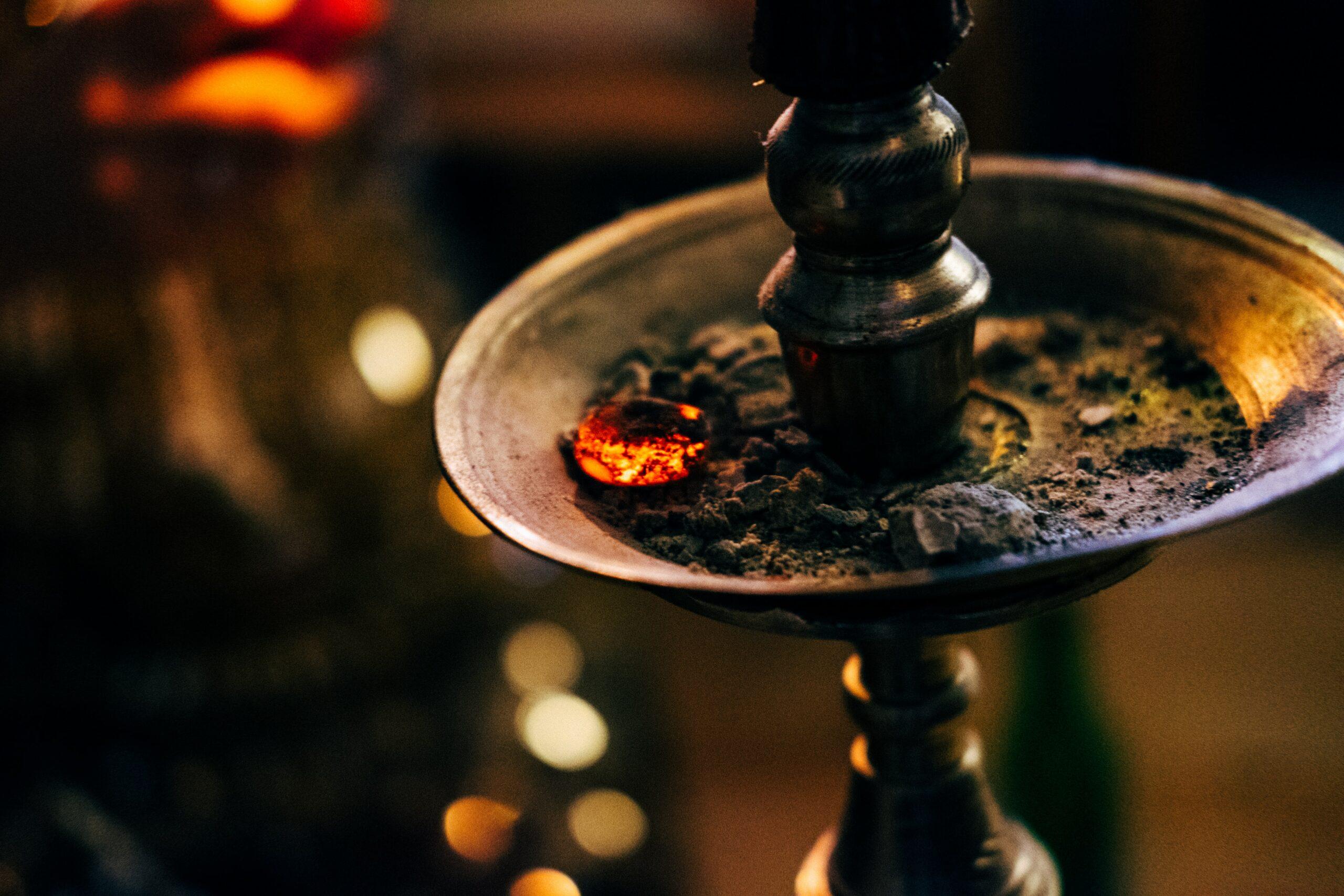 What is a hookah?

A hookah pipe is a water pipe used to smoke shisha, a blend of typically flavored tobacco. Hookah pipes can range from single stem designs to multi-stem designs for group use. Because it’s common for hookahs to have several pipes with mouthpieces, it’s a popular choice for social smoking.

The origins of hookahs are not clear. However, hookah smoking is extremely popular in the Middle East, Turkey, and parts of Asia and Africa. You can find hookah lounges around Washington and Alaska, too. On top of that, you can purchase a hookah water pipe and shisha easily in most parts of the United States.

Smoking shisha out of a hookah pipe involves burning coal, charcoal, or wood to heat the tobacco. As the shisha is heated, it begins to produce flavorful smoke. Smoke bubbles through the water and makes its way to the pipe, where the user can inhale. Typically, the smoke is very smooth.

What is a dirty hookah and how do I smoke it?

If you’re hanging out in a social smoking crowd that likes hookah, you may get in the middle of a dirty hookah session. Dirty hookahs are simply a way to smoke both cannabis and tobacco out of the water pipe for an even more elevated experience.

There’s more reason to use a mixture of tobacco and cannabis if you want to smoke weed out of a hookah. The most compelling reason is that it just works better when it’s mixed.

When you just put ground bud on the pipe, it tends to not work well because of the airflow. When you mix it up with the shisha, though, the weed is carefully mixed in and it functions just as it would if you were just smoking shisha. Thus, the combination is effective.

However, there are plenty of reasons to not want to smoke a mixture of cannabis and tobacco. The biggest reasons are related to lung health. But if you already have a hookah on hand and are wondering what will be most efficient, go for the mixture. Carefully grind up some bud and mix it in with the shisha before you drop it onto the pipe.

How to smoke weed out of a hookah without tobacco

Maybe you have the hookah pipe sitting in the closet from your old glory days but you don’t necessarily want to get back into the habit of hookah-seshing. You can still smoke cannabis out of the hookah without any shisha. It just is a little more difficult.

The best way to go about it is to use hash. Hash is a concentrated form of cannabis, made up of the resinous trichomes on the plant. You can purchase various forms of hash at a dispensary, or even use your own collected kief to make it.

Making your own hash is easy. Just collect all of the kief from your grinder (you will need a decent amount), place it on a piece of parchment paper, fold the paper around the kief, and tape shut.

Now, fill a mason jar with hot water and tightly close the lid. For the next 10 minutes or so, just roll the hot mason jar over the pile of kief repeatedly until it is thoroughly smashed together. Now, place it in the fridge and allow it to fully cool before you handle it.

However, keep in mind that some users have claimed this can make a mess of your hookah. Be sure to clean it well and be willing to make changes or readjust your recipe if needed.

There are also health risks associated with making your own shisha, so be sure to read into it before diving in.

What are the risks of smoking hookah?

While having a hookah smoking session can be fun once in a while, it’s important to keep in mind that there are some health risks associated with it. After all, you are inhaling tobacco when you use a traditional hookah.

It’s sometimes suggested that tobacco smoked out of hookah is less dangerous than that of a cigarette, but this is not true. Water in the hookah does not filter the toxins from the shisha. Additionally, many users end up smoking more than they would during a hookah session than if they just had a cigarette.

Hookah smoke has tar, carbon monoxide, carcinogens, heavy metals, and other toxins in it. It is linked to oral and lung cancers, heart disease, and other conditions. Users who smoke hookahs regularly may end up with tobacco dependence, as well.

If you choose to smoke weed out of a hookah using shisha, be aware of the risks. Be aware that the feeling you get from smoking tobacco and weed at the same time will likely be different than the experience of just smoking weed. It’s also easy to accidentally smoke too much when you’re passing the hose around, so take some time to assess how you’re feeling regularly.

While we don’t recommend smoking weed in a hookah, we know it can be done. To make it easier for those who want to try, we put together this blog on how to smoke weed in a hookah so you can at least be informed about your decision.

Did we miss any tips or tricks for smoking weed in a hookah? Let us know!