Those who grow cannabis know just how important it is to be able to differentiate between male and female weed plants. Cannabis plants are divided into male and female categories because they have different capabilities and features. It’s important to be able to identify male plants as a grower because they are typically removed from the batch as soon as they are identified. So, what does a male weed plant look like anyway? 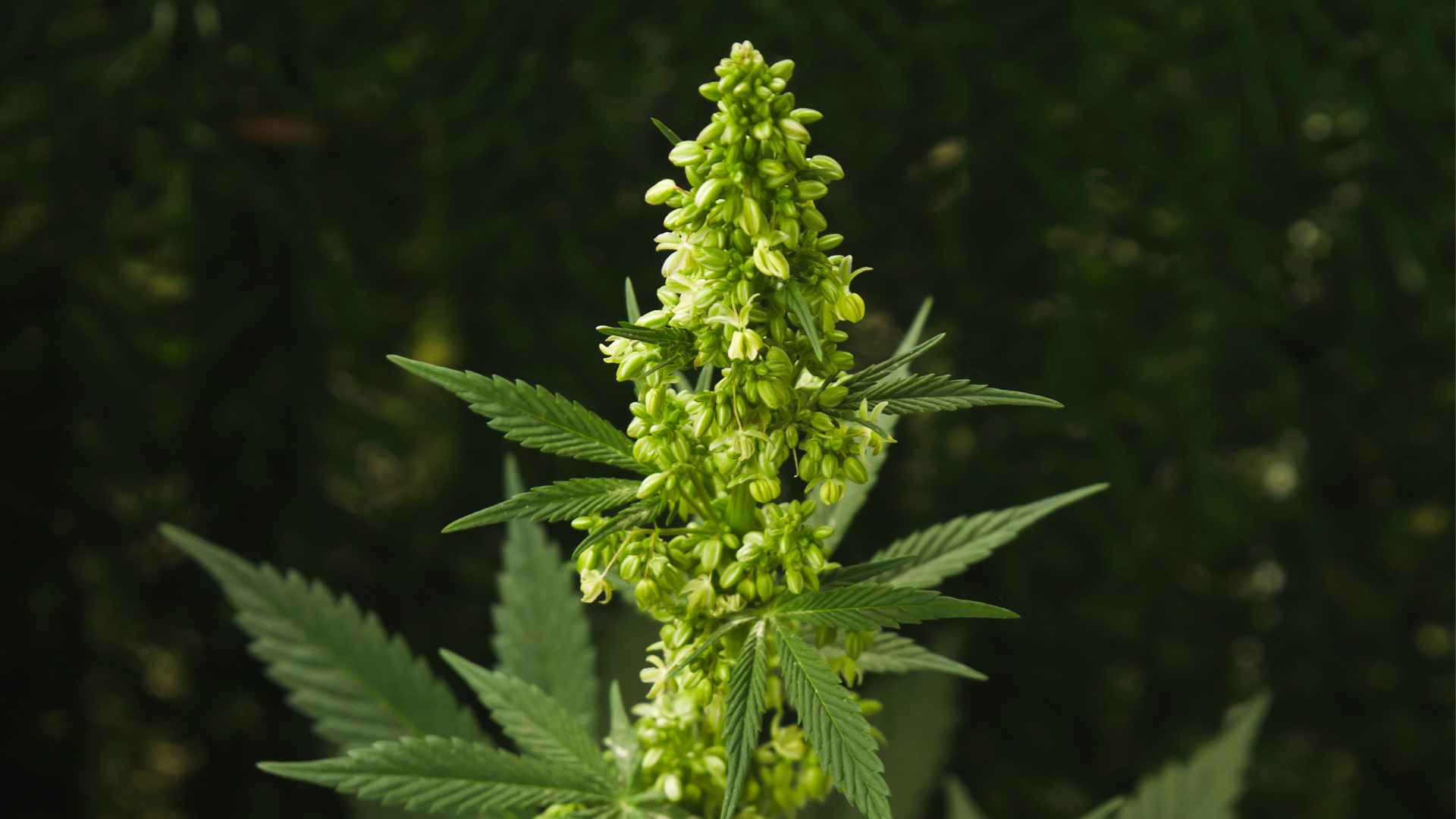 The difference between male and female cannabis plants

Many growers are adamant about finding male plants from their batch for removal. Why? Because they don’t produce buds. Only female plants produce the buds we like to smoke and use to make various products.

Cannabis seeds are typically a 50/50 chance of being male or female. This means about half of the seeds you buy and grow into plants will be useless. That is why a lot of growers opt to use feminized seeds, which are guaranteed to grow into female, bud-producing plants.

Unfortunately, you can’t predict the gender of your cannabis plants if you don’t use feminized seeds. You will have to plant the seeds and monitor the plant for signs of its gender as it grows. During the vegetative stage, the plant is mostly focused on growing taller and will not reveal its gender.

Usually, after about a month and a half of growth, plants will begin a pre-flower stage where they offer gender insights. Female plants tend to begin producing pistils, or reproductive parts. Pistils contain little hair-like strands called stigmas.

The pre-flower stage for male plants is different. Males begin to grow pollen sacs where females grow pistils. Pollen sacs look like little bulbs growing out of the plant.

Most growers will simply toss their male cannabis plants as soon as they show signs of not being female. This is because they will not produce any buds and can get in the way of producing high-quality cannabis. When the male plants are gone, females remain unfertilized and can grow seedless, higher-potency cannabis.

Seedless cannabis grown from unfertilized female plants is called sensimilla. When left to grow on their own, female cannabis plants can expend more energy producing potent cannabinoids, terpenes, and other compounds that contribute to quality weed.

What does a male weed plant look like, exactly?

As we mentioned earlier, male weed plants have a distinctive look but can be indistinguishable from females during the first stages of life.

When they first start growing, they look like any other weed plant focused on growing tall and strong. Once they reach the pre-flowering stage, you will see small bulbous pollen sacs growing where buds would grow.

Male cannabis plants can easily produce many pollen sacs that are all over the plant. They can become so full of pollen that they burst and leave a dusting of pollen on all of the surroundings. This is why it is important to keep male plants away from females, as their pollen sacs can burst and fertilize other plants.

You should be able to differentiate between male and female plants after they reach the pre-flowering stage and grow either pistils (female) or pollen sacs (male). From a distance, it may be difficult to know the gender of the plant, but once it’s reached this stage, you can tell upon closer inspection.

If you see an adult cannabis plant growing somewhere, it is likely female as this is the only type of plant that will yield high THC, CBD, and other desirable cannabinoids. The biggest way to confirm if it is a male or female is to get close and look for buds or even signs of pre-buds, such as clusters of hair-like strands.

What should I do with my male weed plants?

In cases where you have to remove males, it can feel bad to toss away a seemingly good weed plant. If you don’t want to see it go to waste, there are some options to use it up.

You can enhance your garden with male cannabis plants. Male weed plants produce some terpenes, though much less than female plants. These aromatic compounds work well to ward off pests. Cannabis plants are also beneficial for the soil as they can absorb toxins and break apart poor-quality soil.

Another option is to get crafty. Male weed plants tend to be softer than females, making them ideal for clothes and other soft materials.

While male weed plants produce significantly fewer cannabinoids, terpenes, and other compounds than females, they still produce some. This can make male plants useful for homemade concentrates, salves, or other products.

Try making an infused cannabis coconut oil out of your male plant parts. You can keep the coconut oil solid to use as a skin cream or pain salve, or use the oil to cook delicious infused foods. The potency of this oil will be hard to gauge, so you may need to experiment a bit before finding the perfect blend.

You can also keep the leaves and chop up other parts of your male plant for weed tea. Again, male plants contain a lot less of the compounds found in cannabis buds, but they still may produce a relaxing, therapeutic tea.

The cannabis that you can purchase at our Bellingham weed store, Bellingham dispensary, and other Washington dispensary locations is typically grown sinsemilla style, or without seeds. This allows for more potency in the buds.

Growing cannabis is not currently legal for adults in Washington state unless they have a medical marijuana card. If you are one of those people, take care to ensure your cannabis plants are female when growing.

There are other ways to grow cannabis in Washington, though. For example, some people are licensed cultivators for retailers. If you can’t grow weed in Washington right now, you can still visit our Spokane dispensary or other locations to stock up on the green.