When You Make Weed Brownies, Does It Smell?

So you have guests staying over and want to make a secret treat for yourself after they go to bed. Or maybe you have a nosy neighbor with a curiously strong nose. The bottom line is you’ve found yourself asking, when you make weed brownies, does it smell? We’ve got you covered. 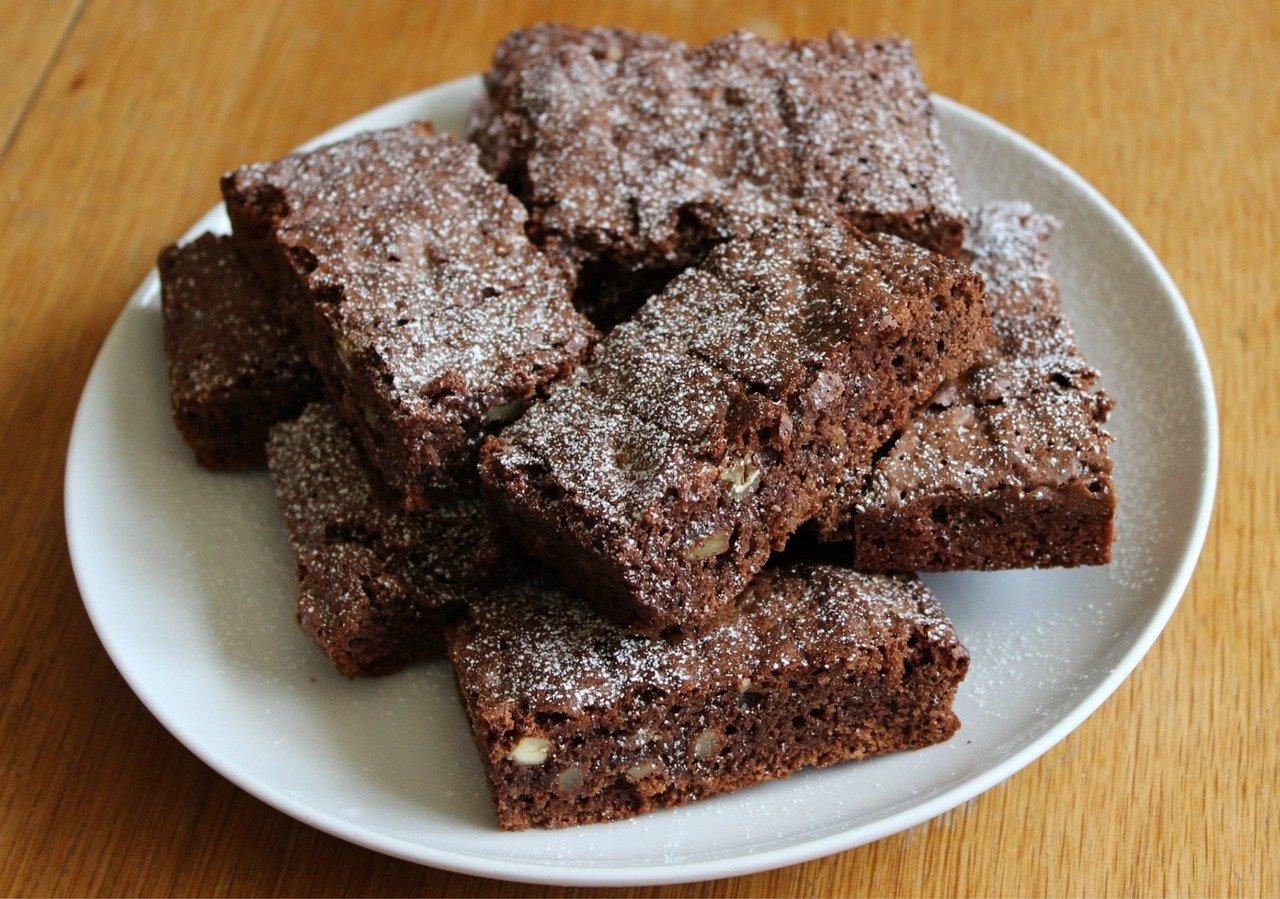 Weed butter is the source of the smell

Unfortunately for the aspiring secret baker, making weed brownies does produce a smell. But it’s nothing like if you were to toke up in the middle of your kitchen. However, if there’s someone in the house while you’re preparing weed brownies, they’re likely to catch a whiff.

The classic way to make weed brownies is with weed butter. This requires infusing cannabis with butter or oil for an extended period of time, which produces a strong smell.

Think about all the dishes you have smelled coming out of your kitchen. Most foods are aromatic when heated. Picture herbs like basil, oregano, or sage infusing with hot oil or butter for an hour. You’re going to smell it.

Weed is the same way. You’re going to smell your weed butter as you make it. In fact, it’s a very bad sign if your weed butter does not smell strong. A strong aroma is a great indicator of potency.

What does it smell like when the brownies bake?

If you can make the butter ahead of time when convenient, making weed brownies won’t be as smelly as if you prepare all of the ingredients the same day.

But that doesn’t mean your brownies won’t still produce a smell. Replacing the oil or butter in the recipe with your premade cannabutter shouldn’t cause much of a smell. It’s the heating that will carry the scent around the house.

If your whole house tends to smell like whatever is cooking, weed brownies will be no exception. You will have the added benefit of aromatic chocolate, though.

Weed brownies will smell when baking. But not nearly as strong as the smell produced when making weed butter itself. Instead, you’ll likely notice a faint weed smell mixed in with typical brownie smells as your dessert bakes.

People inside your house may or may not notice the weed scents when baking weed brownies. But they’re almost guaranteed to smell what you’re up to when making the butter. Use your best judgment if you are sharing a household with people who are not 420-friendly.

All in all, expect a significantly weaker aroma when baking your brownies than making the butter. Expect smells either way, though.

How to cover up the smell from weed brownies

Add your buds and oil or butter to a mason jar that seals tightly. Place this mixture in a saucepan of water at a low boil. Allow to heat inside the jar in the hot water for at least two hours. When done, strain the butter from the plant parts and continue with your recipe.

Of course, when you open the mason jar to strain the contents, a strong weed smell will permeate. But if you open some windows and let the air circulate, it shouldn’t be for long. And it certainly will be less strong than if you made weed butter a different way.

If you’re making weed butter and want to eliminate as many smells as possible, be sure to use the mason jar trick. You can also follow these tips to minimize smells in the house:

Another option is to skip making the weed butter altogether. If you want to make weed brownies but don’t want to deal with all the smells involved, there are other options.

You can easily skip the infusion process by using cannabis distillates or tinctures. Distillates are concentrates that are typically used to dab, but can be melted down into a substance suitable for food, at your own discretion.

Simply melt your desired amount of distillate with butter until both substances have fully blended. You only have to heat the butter and distillate until they melt, because distillate is already decarboxylated. No activation is required. Follow the directions for making the brownies and replace the butter or oil in the recipe with your distillate-infused butter or oil.

Another option is to simply drop your desired amount of cannabis tincture into the brownie mix before baking. Like distillate, tincturer are already activated and require no additional work. All you have to do is mix it up and bake.

The distillate or tincture may create a slight cannabis smell when baking, but it will be much weaker than the smell of brownies made with cannabutter. If you’re looking to be as discreet as possible, this is a good option paired with the other tips listed.

Ready to get baking?

Whether you’re making your own cannabutter or planning to mix a distillate or tincture with your brownie mix, you can’t go wrong with weed brownies. That is, as long as you don’t eat the whole pan.

Need to stock up for a weed brownie baking session? Stop by Piece of Mind Cannabis for all of your cannabis needs. We’ve got plenty of infused chocolates available too if you’re just looking for an elevated sweet treat.

Ok, too lazy to make your own infused brownies but still want to fulfil that craving? We rounded up our 3 favorites you can find at most Piece of Mind Cannabis locations in Washington state!

Left Handed’s decedent peanut butter brownies are sure to appease your sweet tooth, you’d be nuts to not try one! These brownies are mixed with a heavy dose of peanut butter and cannabis! Coming in both single serving 10mg thc pieces and 10 packs of individually wrapped 10mg thc brownies. Chocolate, Peanut butter, sweet, salty and Cannabis, what could be better? Left Handed brand is a subsidiary of Northwest Cannabis Solutions. Add Peanut Butter Brownies by Left-Handed to your cart and place your pre-order for pick up, today!

If you really love fudge then Left Handed’s Ultimate Fudge brownie bites are where it’s at! These bite sized distillate infused brownies are chocked full of rich fudge. Coming in both single serving 10mg thc pieces and 10 packs of individually wrapped 10mg thc brownies. Left Handed brand is a subsidiary of Northwest Cannabis Solutions. Add Salted Caramel Brownie Bites by Left Handed to your cart and place your pre-order for pick up, today!