Things You May Not Have Known About 4/20

Today is April 20, 2020, and if you know anything about marijuana, it’s probably the fact that 420 is a term used in the cannabis world. Whether you work in the marijuana industry, rely on cannabis for medical reasons, or simply smoke weed recreationally, it’s highly likely that you know that 420 acts as a reference for cannabis. 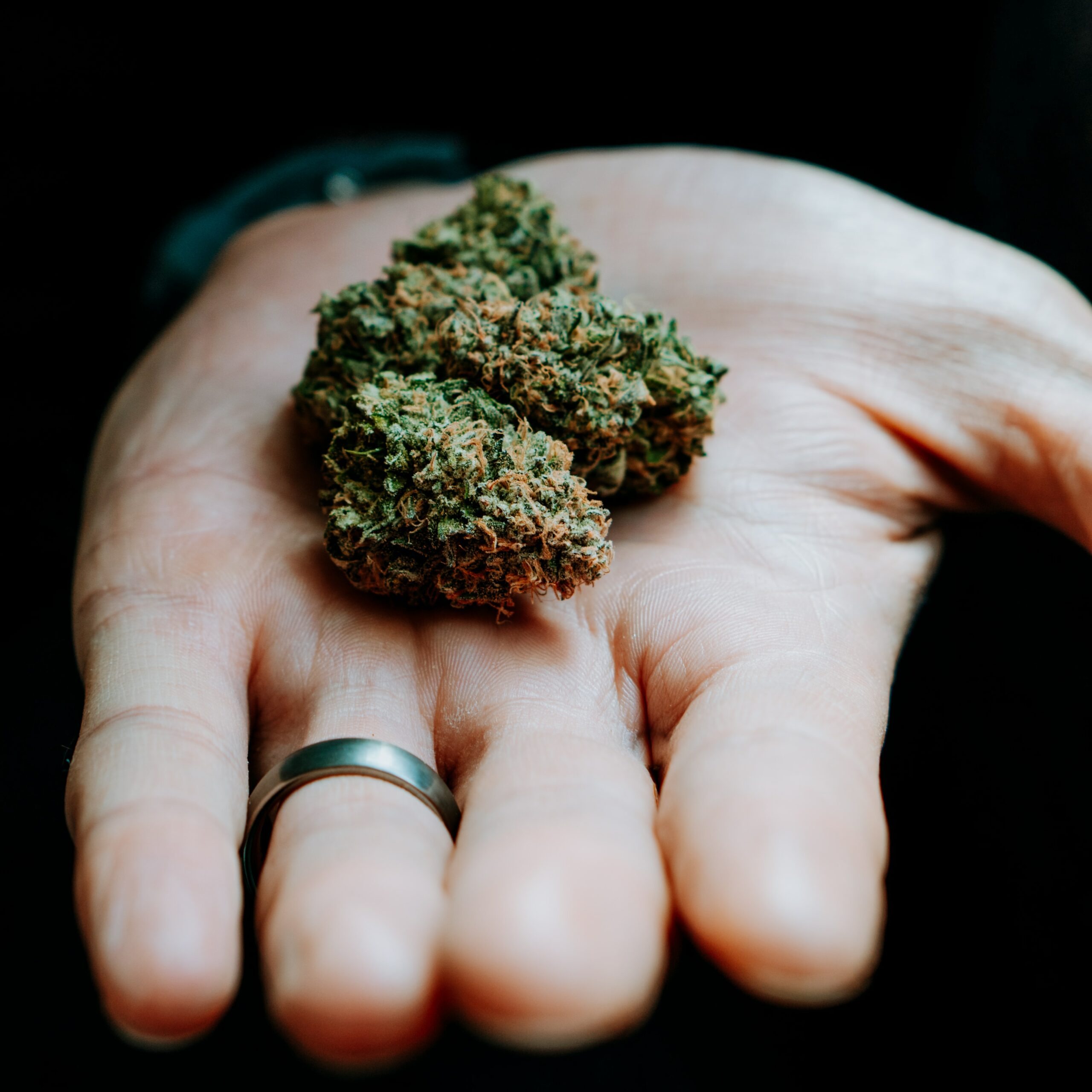 But do you know why people celebrate 420 as though it’s a holiday? The origin of 420 goes back about fifty years now, and it’s a story worth hearing! Let’s take a look at the origin of 420 and figure out where in the world it came from.

The Origin of 420: Why Does the Number 420 Represent Cannabis?

Believe it or not, there is what most believe to be a factual story that tells of the origin of 420. Back in the year 1971, five California high school students who attended San Rafael High School in Marin County would always get together at 4:20 in the afternoon to smoke a bowl or roll a joint together. Their meet-up point was a statue of a well known chemist by the name of Louis Pasteur, which was situated on their high school campus.

Self-proclaimed, “the Waldos”, these five students would always stand by a wall that was near the statue and they would pass the marijuana between them, each person taking a hit, one after the other. You might be wondering how in the world anyone knows about this story, and that’s a dope question, no pun intended.

How the 420 Story Spread

Later on in life, two of the five Waldos ended up writing an article for the American newspaper, The Huffington Post. These two students were Steve Capper and David Reddix, both of whom were very proud of the way they, along with the other three students, would use code words for marijuana. Living in a time where cannabis was not legalized across the nation, the high school students stayed low by using the term 420 in reference to marijuana.

One of the siblings of a Waldo group member caught wind of the way they used 420 as a code word for cannabis. That sibling started using the term in his own life, and believe it or not, the sibling was close with Phil Lesh, the lead bassist for the well known band, the Grateful Dead. Phil Lesh brought the term into his circle of band-mates, whom started a wave of using 420 in everyday conversation.

The Moment the 420 Term Became Public

Once the band started saying the term and using it in reference to cannabis, their fans started picking up on it as well. Slowly but surely, word spread that 420 was code for marijuana. The “moment” where the Grateful Dead fan base spread the 420 term like wildfire was back in 1990. On December 28th, flyers were passed around in Oakland for the sake of announcing a 420 celebration.

The flyers announced that everyone should smoke weed on April 20th of the upcoming year. Can you guess what time the group smoke session was set to be at? If you said 4:20 in the afternoon, you’re spot on. As the flyers were being passed around town, someone who worked for a well known cannabis-focused magazine picked up on the hidden memo.

A reporter at the time, High Times employee, Steve Bloom, stumbled upon the flyer and figured out that 420 was being used as a reference for cannabis. As someone with a vast knowledge of all things cannabis, Steve Bloom reported on the story at hand of how 420 was now a nickname for marijuana. He had the flyer printed as part of their publication back in 1991, and at that point, news spread like wildfire.

The Waldos were acknowledged for their creation of the term 420, and rightfully so! After giving credit where credit was due, the Waldo group was granted the official inventors of the term 420. They made themselves known in 1998, and they’ve forever been thought of as the founders of 420.

Without their high school antics and knack for keeping their indulgence in cannabis underwraps, stoners wouldn’t celebrate 420 the way they do today! So give it up for the five members of the Waldo group.

April 20, 2020, is an exciting time for lovers of cannabis. The reason for April twentieth being a symbolic day for stoners is not always obvious, so for those of you who might not have picked up on the symbolism quite yet, allow us to explain!

April is the fourth month of the year, so when you write the date in numerical form, it translates to 4/20. In other words, April twentieth is the one day of the year that reads as 420. But people talk about 420 all the time as well, not just in reference to the date! It’s become a universal reference to all things cannabis.

There are so many fun facts to know about 420 and cannabis culture. Take a look at these interesting facts about 420!

Remember the story of the high school students who came up with the 420 term while smoking outside on their school campus? They would do so right next to the statue of a chemist named Louis, and they actually started out by saying 420 Louis, not just 420 on its own. It was a brief way of letting their group members know that they’d meet up at 4:20 PM right by the statue of Louis Pasteur.

2. There are references to 420 in literature.

In the short story, “In the Walls of Eryx,” by authors Kenneth Sterling and H.P. Lovecraft, a moment of sci-fi adventure incorporates the California-born term, 420. Like most 420 references, the one in this short story is casually placed so that only people who are in tune with the meaning of 420 are likely to pick up on the hidden message.

The state of Colorado refuses to print any signage that demarks where mile 420 is on the roadways. Instead of printing a Mile 420 mile marker, the Colorado government opted for a Mile 419.99 sign instead. This has everything to do with the fact that people kept stealing the Mile 420 sign

4. People go to great lengths to make 420 jokes, and sometimes, they accidentally cause legal problems.

Take Elon Musk, for example. The founder and owner of the Tesla car company, Elon Musk tweeted out a 420 reference, jokingly talking about how he wanted to offer shares of the Tesla company for $420 a piece. While it was most definitely a not-so-subtle hint at 420, Elon Musk ended up in the middle of a federal lawsuit.

According to the Justice Department, Elon Musk was thought to have committed an illegal act by disclosing private information to the general public. His joke had no grounds in reality, making the lawsuit totally unwarranted, but the entire situation goes to show how invested people are in making 420 jokes, even if it could land them in legal trouble.

For many hotels, 420 is a taboo number that they avoid at all costs. Most hotels simply don’t have a room 420, but for the ones that do, it’s not uncommon for management to refuse to rent it out for guests to stay in, making 420 seem as unlucky as the number 13 and having a thirteenth floor.

Many companies are invested in 4/20 just as much as stoners, if not more so. One of the food options associated with 4/20 like no other is Ben & Jerry’s, the ever-famous ice cream companies.  As if the fact that there’s a Ben & Jerry’s flavor called Half-Baked isn’t indicative enough, Ben & Jerry’s goes to great lengths on 4/20.

Not only do food companies go out of their way to come up with 420-specific food options, but many businesses offer deals on products for people on April 20 every year. Check your local listings to learn more about the food you can indulge in on 4/20 in your area this year!

However you choose to celebrate 4/20 is completely up to you. Some people make sure to take a hit at 4:20 on the dot, both in the morning and the afternoon. Others spend the entire day taking dabs and smoking weed. There’s no wrong way to celebrate 4/20 so do what feels best to you!

Fun Fact: If Today is April 20, then Piece of Mind Cannabis has amazing deals going on, check them out here.