Is Cannabis Kosher? We Find Out

We recently became curious about how cannabis fits into the world of Judaism. With Hannukah behind us, it’s a great time to do some investigation. Is cannabis kosher? Do Jewish practices allow for cannabis use? Let’s take a closer look. 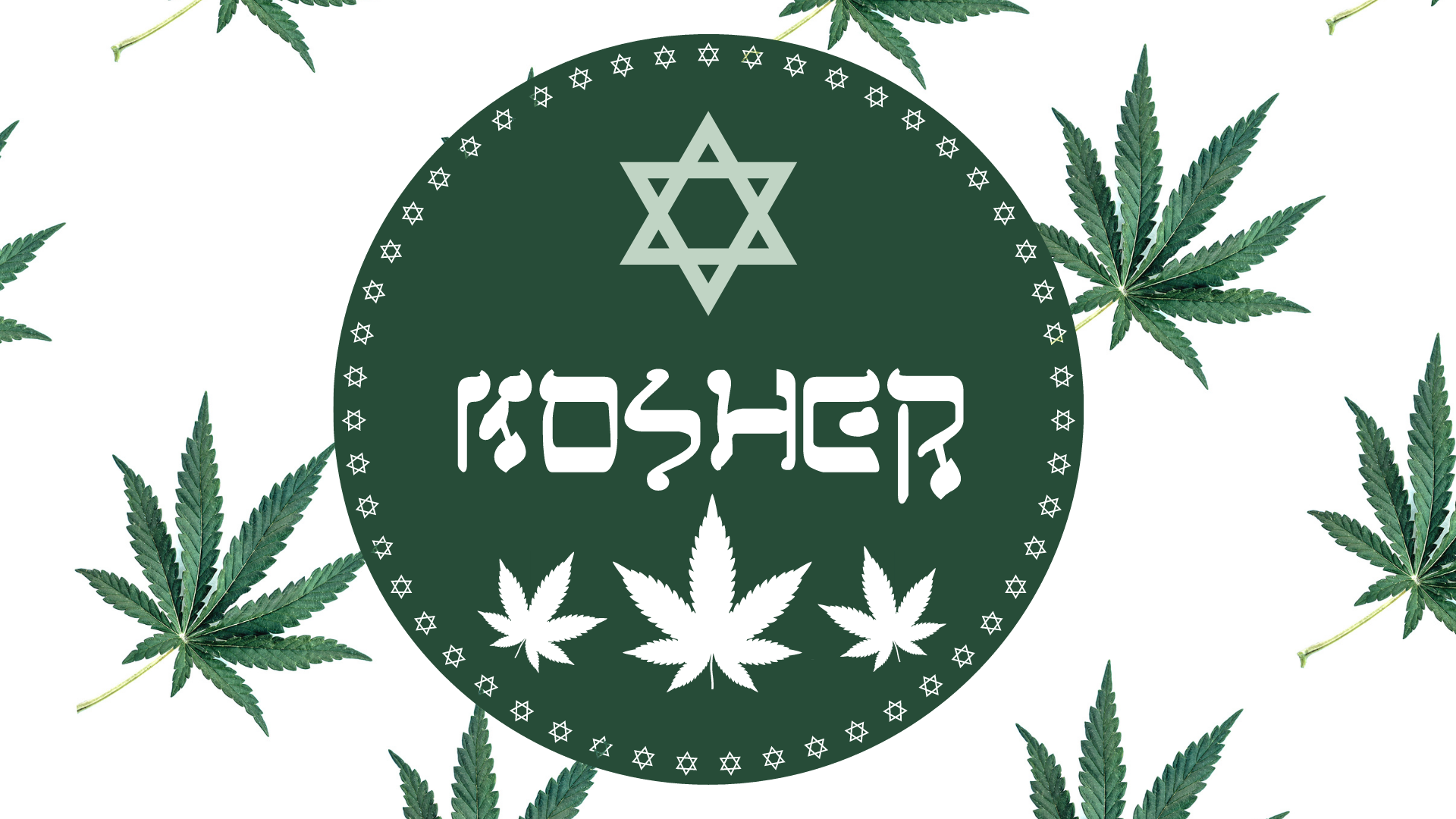 What does kosher mean?

Food that complies with strict dietary standards from Jewish law is considered kosher. In Hebrew, the term means “fit,” because it describes food fit for consumption. Not all Jewish people adhere to kosher guidelines, but those who do are typically doing so to follow God’s will.

The Bible categorizes certain foods as non-kosher. These include specific animals, fowl, fish, most insects, shellfish, and reptiles. For acceptable meats to maintain kosher status, the animal must be slaughtered in a specific manner. Additionally, meat and dairy products may not be manufactured or eaten together.

It may seem simple on a surface level, but kosher guidelines can be complex. Certain foods people may assume are kosher may not actually be due to non-kosher vegetable oil used for frying or other unsuspecting ingredients. Some packaged foods have kosher stamps of approval assuring a rabbi has confirmed that the product maintains its status from start to finish.

When it comes to the big question, “is cannabis kosher?”, you might find varied answers. Many argue that cannabis is a plant and thus inherently kosher. No questions about it.

After all, Genesis 1:29 tells us, “And God said Behold I have given you every herb bearing seed which is upon the face of all the earth and every tree in the which is the fruit of a tree yielding seed to you it shall be for meat.”

Doesn’t that mean God wants us to make use of his plants?

“Becoming kosher does not mean just blessed by a rabbi,” Rabbi Yakov Cohen, a rabbi who certifies kosher cannabis told Matador Network. “It means ‘fit for consumption’ based on a body of laws covering a huge spectrum from meat to dairy, bugs, wine, and fish. And there’s a lot of details that go into those laws.”

Sure, cannabis may be a natural plant that grows on God’s green earth, but it may not be that simple for some. It’s why some companies have brought in rabbis to certify their cannabis as kosher. That’s right – it’s 2021 and we have rabbis who specialize in certifying kosher cannabis.

The simple answer here is that cannabis is kosher in its most natural state. In fact, Rabbi Chaim Kanievsky, who is widely considered the leading living ultra-Orthodox halachic authority, stated that in its normal state, medical cannabis is permitted for Jewish people of all backgrounds. (Medical is the key here, and we’ll touch on that later.)

Edibles and extracts are more of a concern

Many people accept cannabis to be kosher in its natural, flower form. It is up to the individual and their relationship with Judaism to determine if cannabis flower is fit for consumption. However, extracts and edibles are more of a concern for adhering to kosher guidelines.

This is because products made from cannabis go through much more processing than the plant itself. Many include additional ingredients and, especially with edibles, these additives may not be kosher.

Can practicing Jewish people toke up?

Before we dive into the debate, let us preface with this: We have many Jewish friends who remain close to their faith with a joint in hand. It’s a personal decision, and we have no interest in questioning anyone else’s practice.

Still, the debate exists. It’s a controversial subject among rabbis, where some will give certification to medical cannabis, but many will not for recreational.

But the Torah says “V’nishmartem m’od l’nafshoseichem, be very careful to safeguard your soul.” Does cannabis get in the way of safeguarding one’s soul or living a healthy life? That’s open to interpretation.

The Talmud says that Rav told his son “Do not ingest any drugs.” Did he forget that God gave us every herb-bearing seed? Again, open to interpretation.

And then there’s the recent archaeological discovery of traces of burnt cannabis in an ancient Jewish shrine. The discovery provides the first evidence that cannabis was part of religious life in Judah.

“This is the first time that cannabis has been identified in the Ancient Near East; its use in the shrine must have played a central role in the cultic rituals performed there,” said Eran Arie in a statement. Arie is an archaeologist with the Israel Museum in Jerusalem and lead author of the research.

As you may be able to surmise, there is no clear answer. If you’re Jewish and wondering if you can recreationally toke up, we recommend you spend some time to consider the implications and decide if it aligns with your faith. It’s the same advice we offer for anyone wondering if they should use cannabis with their faith. It’s personal.

The average Cannabis consumer has probably come across the strain ‘Kosher Kush’ at least once in their lifetime. A popular strain often found at dispensaries across the United states, Kosher Kush is a fan favorite, but, is it really Kosher? The story goes that a Rabbi in Los Angeles blessed the strain, originally from DNA Genetics. Unfortunately, Kosher Kush is not technically Kosher, as the word refers to food and not herbs, but it is a strain loved by many.

Stock up at POM Cannabis

Our Bellingham dispensary and other locations may not be stocked with certified kosher cannabis, but we sure have a lot of options ranging from flower to concentrates, tinctures, edibles, beverages, and more.