How to Get Rid of the Smell of Weed

Hey, we won’t judge. Whether you’re worried about your neighbors catching a whiff or you’ve got an unexpected visitor on the way, we’ve all been there. Marijuana is more widely accepted these days but there are still situations where you need to be discreet and cover the smell. 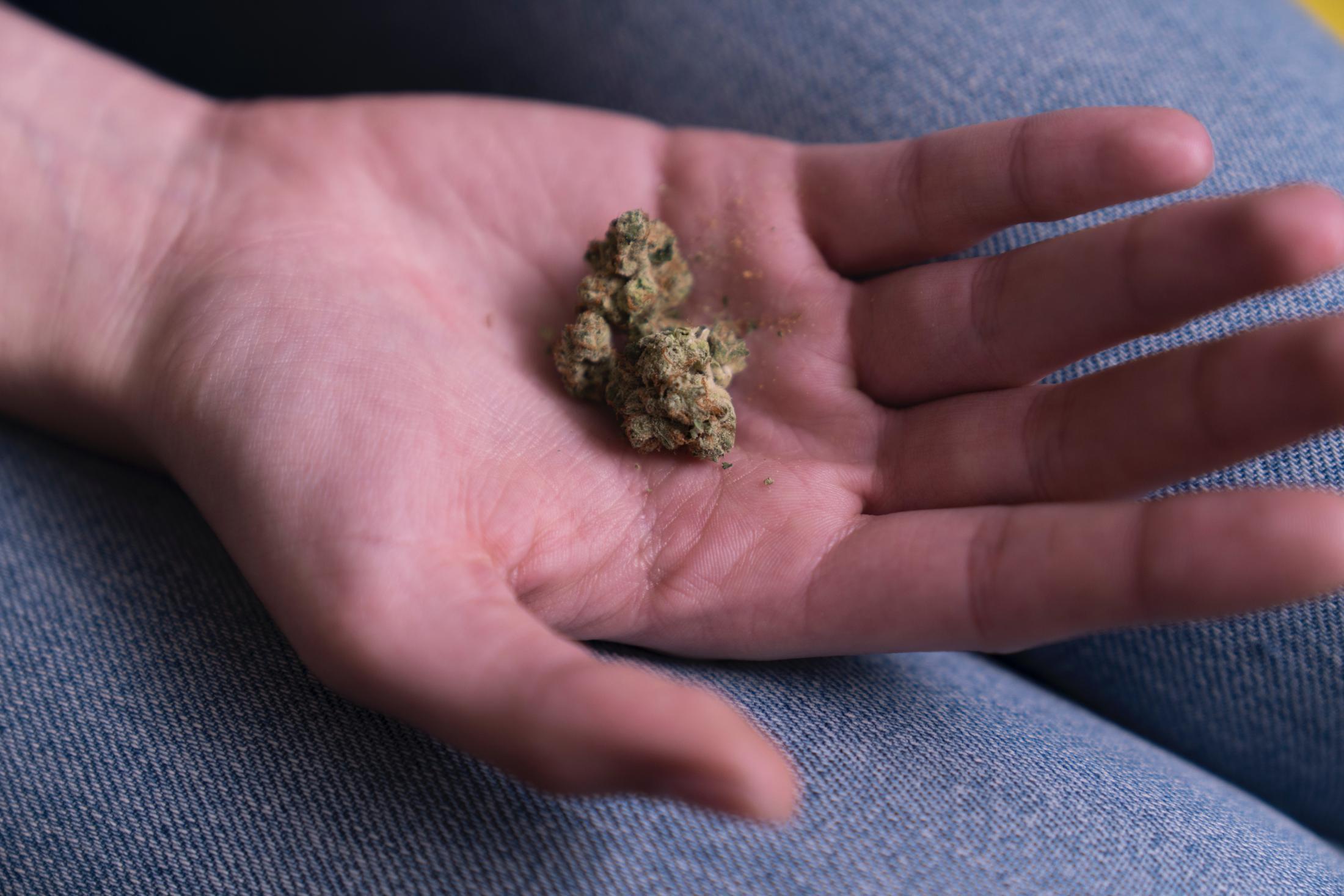 Not all situations requiring a smell coverup are the same. It could be that you have a roommate who doesn’t indulge or like the smell. In that case, you’d want to cover up the smell before it fills the house.

Other scenarios could involve an unexpected house guest, like a drop in from a loving parent or family member who is less 420-friendly than you. If you have a little time to prepare, they won’t even know you were just ripping your bong alone in the living room.

We’ll go over the protocol for both situations so you are always prepared.

How to cover the smell of weed in the house

You’ve already done the deed and the lingering smell is the final evidence. First things first: open your windows. All of them. The more air circulation the better. Turn any fans you have on and if you can, face one out the window to push the air out.

Now that you’ve got some airflow, you can work to circulate some new smells into the mix before pushing them out the window.

Our first choice is to use incense. There are several variations of incense that will work just fine. The big idea is to introduce stronger smells than weed. A strong candle may work too if you don’t have any incense cones or sticks.

Don’t put incense or candles near an open window. Find a place in your room where your fragrance won’t be knocked over by the draft. You should also make sure fans will not be blowing on your incense or candles.

If you can’t make this work, don’t force it and put yourself in a risky situation. There are other smell coverups.

Spray an air freshener throughout the room, allowing the fan and open windows to circulate the scent. Febreze is a popular choice that many people have on hand. You can also use odor eliminator products like Ozium, which is meant to remove all kinds of smells including smoke.

Check It Out: What If God Smoked Cannabis?

Keep in mind your audience. Will they know something is up if the room is covered in incense smoke and fans? Or smells overwhelmingly like Febreze? Be careful not to let your coverup be a dead giveaway.

However, if executed properly, the windows and fans should help to carry out both the smell of marijuana smoke and most of the coverup scents as well. You don’t want the room to smell overwhelmingly like patchouli or “spring breeze” or whatever scent you used. That’s why it’s crucial to open your windows first and let the outside air do its thing. If there’s enough time, you can shut down the operation before your guests even arrive.

But if you don’t think it’s going to do the trick, or you need a way to clear the smell NOW, you could try covering it with overwhelming food smells. Particularly burnt food.

Leafly suggests burning popcorn as a last resort. If there’s a strong-smelling food you can cook (or burn), it may be a quick way to cover up the scent of weed. If you choose to go this route, be careful. What could be worse than a fire alarm going off while your house smells of burnt food, your eyes are red, and your mom is knocking at the door?

Prevention is key. If you can stop the smell of weed from ever permeating through your house, you can prevent the headache of trying to cover it up in a panic.

The best way to prevent the smell is to not smoke. Edibles, tinctures, and beverages are all good ways to get your cannabis fix without producing a smell. But they’re not always ideal.

Another option is to vape. Both dry herb vaporizers and oil vaporizers produce significantly less smell. The smell disappears much faster as well.

But if you’re dedicated to the act of smoking, there are still some ways to prevent the smell from taking over.

The smoke will come out of the tube smelling like fresh mountain air or whatever scent your fabric softener is. This method works best with a small fan on and a window open, too.

Sploofs are most effective when using a pipe. Joints continuously burn, allowing a lot of smoke to escape outside of the toilet paper roll which will make the room smell. Pipes allow for more control of the smoke. The best way to control the scent out of a pipe is to use a quarter to cover the bowl after each hit. This will immediately put out the smoke.

You can prevent the smell of cannabis from permeating by utilizing steam from your shower. This only works if you have a good bathroom fan.

First, put a towel at the bottom of the door to prevent any smells from escaping through the bottom. Turn the shower on high heat and allow the room to fill with steam.

The steam will get sucked into your bathroom fan along with the marijuana smoke, effectively removing the smell.

Remember to keep yourself fresh, too

The house is odor-free and your worries are over! Until someone gets close to you and catches a whiff.

Brush your teeth, change your clothes if you have to, and wash those hands! A light spray of perfume can help remove some of the odors from your skin and hair. Just be sure to not go overboard because you may be equally suspicious if you smell too much like roses.

And if all else fails, there are plenty of smoke-free options to choose from these days. Stop by Satori to browse through the best selection of edibles, vape cartridges, tinctures, capsules, beverages, and so much more!